Fill up the docking space ships with fuel, by matching 3 or more gems.

As a small love letter to the DOS EGA games i grew up with, i decided create a real DOS based EGA game, directly in Borland Turbo C on a 33MHz 486 PC.

It took a lot of research and digging through old scanned technical PDFs and finding old programming books from the 80s/90s, as programming the EGA graphics adapter was actually really sparsely documented on the internet, compared to the later and more capable VGA standard.

A MS-DOS compatible PC with an EGA compatible graphics adapter (will work just fine on VGA too).

It can technically run on everything from 8088 and above, but a 386 or 486 is recommended as i developed and tested the game on those machines. Please report how it runs on older machines though :)

I put around a years work into it on and off during the evenings (which is both hard but fun), so please consider giving a tiny donation or buying the source code. It would really motivate me to do more stuff like this!

The game is of course still free, and i hope it triggers just a fraction of your good old memories of EGA games, just the way it did for me while i developed it.

Want to make games together?

I am always working on new game projects for old machines, but would love to do them with a talented pixel artist and/or game designer. So feel free to get in touch!

Very well made EGA graphics - to the point where I quickly forgot that it was 16 colours only. And a very pleasant FM soundtrack too.

My only gripe is that it becomes very easy to lose when you need a certain colour canister and it just doesn't show up. My last game (in the screenshot) was lost because even in 65 moves, there was no second magenta canister to show up:

Hi Steven, thanks for the comment, and for playing the game. I am always very humbled that someone took the time to actually download and play it.

Regarding spawning of missing colours: as i remember it, i actually weighted the distribution of which ones spawn, to favour the ones that are needed. I can hear from your experience that i have to look into that again though. Thanks for sharing. Makes we want to do more DOS games :)

Hi! I like playing your game. However, once I understood (with no instructions at all) how to make levels progress, I reached level 8 and, with my not-funny surprise, the game was suddendly over when I still had 45 moves remaining. Can you please tell me why?

hi, thank you for the kind words, and thanks for playing my game :) it is possible to end up in a situation where there are no more possible moves. That is, when there are no tiles you can move to get a match. In that case, you also become game over. It is quite rare though.

Hi. Great to know, thank you. But you should consider adding a PDF manual to the archive, even if the gameplay is so similar to other puzzler classics.

CuteFloor brought me here, I love the EGA graphics.

Thanks for posting the game! I added it here: https://dosgames.com/game/super-space-fuel-inc/ I hope it gets some more well-deserved attention!

Very nice game. A couple of links with information on programming graphics in DOS, maybe not so much EGA, but it might have you interest anyway:

You know, the Asphyxias Tutorials was what really got me started on VGA programming back in the days. Those were my bibles! I studied all of them so much as a teen, and was what got me into demo coding. One day as a teen i actually tried calling his phone number, which was in one of the tutorials, but when he finally picked up the phone i was just too shy to say anything, and just hung up! :) I have the physical Abrash book btw! not cheap and easy to get by these days i can tell you! It was just so much cooler having the physical book i could look in, while i developed the game. That made it so much more authentic, instead of sitting with a laptop and a PDF besides my 486.

This is really awesome! So what's next? CGA? ;) There's this really cool CGA-style (it can also simulate EGA mode) modern indie game called You Have to Win The Game, and it has even been ported to a retro computer... But not an MS-DOS one, you can actually play it on Commodore 64: https://odd.blog/2018/09/17/you-have-to-win-the-game/

Good question actually.. I was toying with the idea of doing another DOS game, now that i refined my graphics routines and build up a small library, but i am maybe leaning a bit more toward doing something on a modern platform instead. My last 3 projects has been on Gameboy Advance, Playstation 1, and now DOS / EGA, and none of them has really gotten any attention, and was all 1-2 years of work each. So it would be nice to do something that a bit wider audience could maybe enjoy next time, even though i prefer coding for all the old platforms instead.

Fantastic work! Love the music. One little weird thing running it in DOSBox (v0.74-3). Whether I'm in EGA or VGA mode I get a few lines of flickering towards the top of the game board. This happens as I progress through the game and not necessarily right away. I put a red box around the area I am speaking of in the attached screenshot. Haven't tried it on real hardware yet. Thanks for keeping the DOS dream alive. haha Cheers! 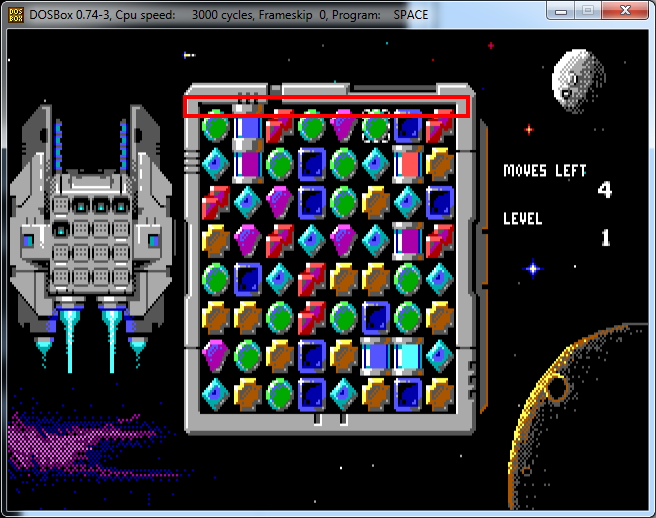 Hi! Thank you so much both for trying the game and taking the time to post this. That bug have been annoying me for a while, and it appeared after a tried to optimize the game a bit more, so I didn't redrew and erased more on the screen than absolutely necessary. I was just so close to finishing the game, and just didn't have more energy to fix that bug in the final hour. I will probably look at it once I recharge a bit of energy :) thanks!

Very interesting! I've been programming in Turbo Pascal for MSDOS very recently, doing my own graphics library, and I found it very hard to find documentation for any other graphics mode than mode 13h for the VGA.

That was my exact experience as well during development. I had the original EGA documentation from IBM as a really badly scanned PDF and the book "Programmers guide to the EGA, VGA and SVGA graphics cards", but that was it.

All of them were also not very good at describing anything related to best practices etc, but more or less only listed all the registers and memory addresses. So I had to do so much experimentation and learn stuff myself the hard way while I was developing.

Now that I build up a small library of all my EGA routines and know a lot more about how I could do things better and faster, i'm almost tempted to do another game based on all that.

I was also considering actually writing some tutorials/articles about it, so other people might be able to follow in my footsteps as well.

Sadly not many people have EGA monitors anymore. Even the hardcore retro computer nerds who have real CRT monitors don't have an EGA one, only VGA, which makes kinda stupid to limit yourself to an inferrior standard if you can just use mode 13 instead :) only if you are like me, and see it as both fun, challenging and a nostalgic factor.

Lovely! Now I just need to figure out how to get Dosbox to output some kind of CRT filter effect.

(...and then cry because my onboard graphics don't have enough VRAM to do the job)

Nice game. Why DOS games dont get the love they deserve?? 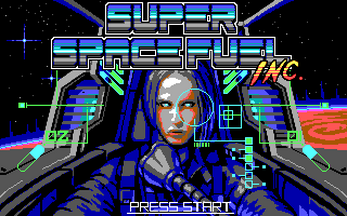 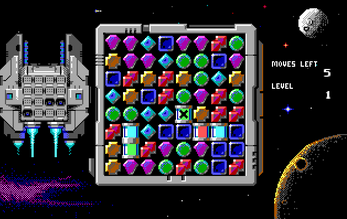